The 68 Whiskeys, also known as Army Combat Medics Score a bullseye with their first Army Combat Medic pinup! Recently introduced into the US Army arsenal of military shirt and apparel designs comes this fun Army pinup that reminds of yesteryear when bombers went into enemy territory to drop their ordnance and were seen displayed with fancy, colorful and somewhat nude pinup girls displayed on their nose art.

The cleverly designed Army Combat Medic shirt design was originated out of a collaboration between the design team of Vision-Strike-Wear.Com and a about to graduate Army Combat Medic finishing their training at Fort Sam Houston as they prepared for their future career as an Army Combat medic.

The now famous saying “The Louder You Scream, The Faster We Come!” was also requested and later added by the hundreds of combat medics requesitng this design text addition. What started as a design for a single soldier has now become the fun and colorful connection to both combat medic training as well as a deployment shirt worn by units, forward surgical teams and Army doctors in support of their men and women that call themselves Army Combat Medics.

Interested in having your unit or command experience a top notch custom Army design? Let us know. 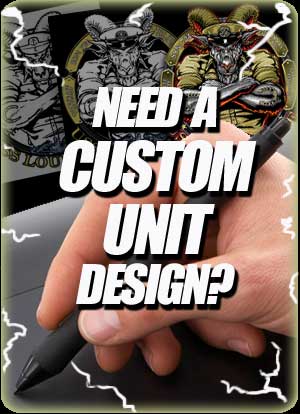