The Flags Of Our Fathers and Father’s Day

The Flags Of Our Fathers and Father’s Day

Nothing attains greater height or is displayed, honored or treated with more importance than the American flag. No single flag is more important to our country than the US flag and when displayed in connection with other flags or displayed as part of a collection of US, state, military branch or other flags she always flies ahead, above or first at all times. Have you met her? Do you know her? She is the flag of our fathers.

The 4th Verse Sung By A Marine!

From the very founding of America there has come flags that have become identified with different periods of American history.

Join, Or Die, originally a cartoon created by the very own Benjamin Franklin, a founding father, displayed a snake cut into eights with each cut marked with one of the original 13 colonies. Featured in the Pennsylvania Gazette, this icon would later become the symbology for unity within the colonies of the future United States.

Gadsden Flag: Don’t Tread On Me!

The flag of our founding fathers.   In 1775 another flag gained prominence, named after American general and statesman, Christopher Gadsden, this historical American flag featuring a coiled rattlesnake and the words Don’t Tread On Me! This American revolutionary flag was also adopted by early Continental Marines as an early motto flag, along with the Moultrie Flag. Another flag of our fathers.

Another flag and amazing photograph taken during the Second World War at the summit of Mt Suribachi during the Battle Of Iwo Jima was the 2nd flag raising   Our dedication to the people of this great country is to express freely designs we feel will create a positive awareness of the subject of the 2nd Amendment and its importance as a fundamental part of our country’s history. The 2nd Amendment shirts below were created by those who appreciate our rights as Americans, the education and safe use of firearms and our inherited rights to protect and defend ourselves when needed.

Keep Gun And Carry On!

Keep Gun and Carry On

This design as quoted at VSW ~ Keep Gun And Carry On Shirt Made In America! These gun rights and 2nd Amendment shirts display a singular message: We have the Right to Bear Arms! This is a constitutional right.

When governments seek to remove the guns from law abiding citizens then tyranny is the result. We fought England in 1775 and 1812 because American’s had rights and would not succumb to a non-representing monarchy and the people of the United States will not have their rights taken away when they have the power removed from their ability to defend themselves from enemies foreign and domestic.

The blood of America is Freedom and the military, the soldier, the Sheriff whose oath has been taken preserves the peace but prevents also the governments desire to replace freedom with unchecked rule. The people of the US will not have their right to bear arms taken from them. So when when you express your opinion about gun rights remember to Keep Gun and Carry On!

From 1775 to the present day there have been patriots. Men  and women with the roar of defiance in their hearts and the willingness not to accept for the sake of what someone told you. Things were looked at, they were analyzed, and they were often criticized and when agreement was not reached: Revolution!

When the citizens of this country are left to peacefully go about their days, working, raising families, experiencing the pursuit of the American dream then calm and positive things are often the result. We were promised with the opportunity to pursue life, liberty and happiness and for those who threaten this there is life’s little equalizer: the 45 acp.

Life, Liberty and the Pursuit Of All Who Threaten It!

America is rich with history and as the following designs will attest each has within it its own statement, iconic references to our forefathers and their desire to not participate as a British colony but exist as its own sovereign country. There would be no crown in America. This sovereign design represents this attitude.

In every major American city and town are the men and women who love to work hard and play hard! They enjoy their weekends, the occasional football game, baseball game or even NASCAR race. Their weekends are filled with friends, family and guns! They shoot at pigeons, targets, deer, elk, or even at each other on occasion when the airsoft challenge is thrown down and teams line up across the battlefield and engage each other in the fields of paint!

We salute you and your gun club and the getting together of good friends in your M’Erican Social Gun Club!   These flags, American icons, extremely important messages that appear in the colors of the US Flag, its streamers, banners and pageantry of American history are our connection to our past, the history of our country and forms a bridge to our fathers.

These are the flags of our fathers!

[Tweet “VSW honors the #USA #flags of our #fathers for #fathersday. “]

WWW.VISION-STRIKE WEAR.COM FIND US ON FACEBOOK WEAR THE MILITARY GETS COVER!

Vision-Strike-Wear.Com is honoring or men and women in uniform with great Veteran’s Day Savings! Please use coupon code VETDAY15 at checkout for 15% off your next purchase, good through November 11th.

Veterans Day is an official United States holiday which honors people who have served in armed service also known as veterans. It is a federal holiday that is observed on November 11. It coincides with other holidays such as Armistice Day and Remembrance Day, which are celebrated in other parts of the world and also mark the anniversary of the end of World War I. (Major hostilities of World War I were formally ended at the 11th hour of the 11th day of the 11th month of 1918, when the Armistice with Germany went into effect.)

Veterans Day is not to be confused with Memorial Day; Veterans Day celebrates the service of all U.S. military veterans, while Memorial Day is a day of remembering the men and women who died while serving. 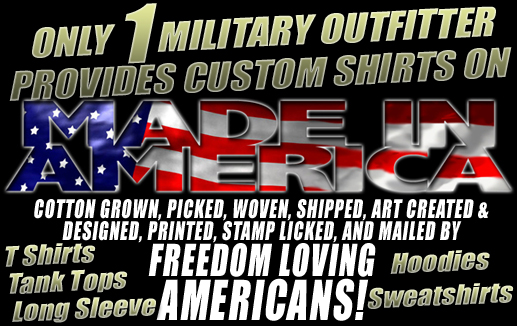 Military Shirts Made in America! Vision-Strike-Wear.com, like the Marine Corps adapts and overcomes and in doing is marching towards a Made In America attitude in all that we do from the designs we create, the printing and the actual military shirts we print on. Every day we search for new and exciting Made in America products we can print on. Military shirts, hoodies, sweatshirts, tank tops and long sleeves with more apparel options Made in America coming soon. 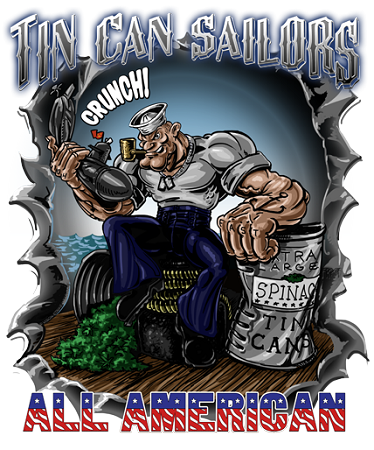 Another brand new design, Popeye the Tin Can Sailor, is a fully licensed Popeye vibrantly colored design offered exclusively through Vision-Strike-Wear.com! A pleasure to support our many United States sailors that have served aboard the backbone of the United States Navy, the Destroyer!

Look for exciting upcoming dates and savings! November and December has many exciting dates and events that we are sure are high on your radar. Vision-Strike-Wear.com would extend the very best to you and yours this holiday season!

November 29th Black Friday! Stay tuned for some amazing savings about to be announced!