Air Force designs at Vision-Strike-Wear.Com are created in support of our men and women in uniform, their family, friends and those that support the freedoms of our country, America. Vision-Strike-Wear.Com takes design to another level with its unique and innovative Battle Rattle military design system. You can have the design the way you want it and watch it change in front of you as you select from a variety of different options.

Sleeve art along with custom front left chest graphics turns these incredible graphics into a design that is one-of-a-kind. Your security type, cover, eye gear and weapon can be custom added to your military shirt and is printed to order. No one else have your shirt!

When United States Airmen want the best in designs displaying their role as security professionals, they call on Vision Strike Wear! Cutting edge, black and white or full color military apparel is what K-9 Security Teams are looking for. We put the creativity back into the customer’s hands by having custom text drops, more colors, more styles, sleeve art and Battle Rattle designs like this one.

Transform Your Shirt with Sleeve Art and Custom Text

Transform your US Air Force t-shirt, for men or women or youth, in long or short sleeve, hooded sweatshirt, crewneck sweatshirt, tank-top, sleeveless shirt, shorts or sweatpants with not only a fully customizable military design but you can also select Upper, Lower or Full Sleeve Art. Real time graphic changes will show a graphic representation of the apparel on the screen as you build it. Check out this video on adding sleeve art to any design.

What Is USAF Weapons School

The USAF Weapons School is a unit of the United States Air Force, assigned to the 57th Wing. It is stationed at Nellis AFB, Nevada.

The Weapons School accomplishes its mission by providing graduate-level, instructor academic and flying courses to USAF Combat Air Forces (CAF). It conducts extensive technical off-station training and is a liaison with CAF units. It publishes the quarterly USAF Weapons Review with worldwide readership. All positions are selectively manned.

The USAF Weapons School traces its roots to the Aircraft Gunnery School established in 1949 at Las Vegas Air Force Base (which became Nellis Air Force Base in 1950). This organization brought together a cadre of World War II combat veterans dedicated to teaching the next generation of pilots. The Gunnery School converted to combat crew training to meet the needs of the Korean War. In January 1954, the school assumed the mission of training fighter instructors, and took on the title, “USAF Fighter Weapons School.” Students at Nellis trained in F-51 Mustang. F-80 Shooting Star. F-84 Thunderjet and all versions of the F-100 Super Sabre aircraft during this period. By 1960. the F-100 and the F-105 Thunderchief were left as the two primary aircraft flown at the Weapons School.

The Aggressors, flying the T-38 Talon and F-5E Tiger II were stood-up as part of the Weapons School in the early 1970s to improve air-to-air skills by providing accurate threat replication for dissimilar air combat training. The A-7D tenure in the school was a brief 3 years as the squadron transitioned from A-7s to F-5 Aggressors in 1975. Fighter modernization brought both the A-10 Thunderbolt II and the F-15 Eagle into Weapons School operations in 1977.

The 1980s ushered in a time of significant change for the Weapons School. In 1981, the school underwent a complete reorganization as the squadrons became divisions. The Aggressor squadrons transferred to the 57th Fighter Weapons Wing. The F-1ll Division became a geographically separated detachment of the Nellis-based Weapons School. The newly formed F-16 Fighting Falcon Division graduated its first students in 1982. In 1984 the Weapons School expanded its courses beyond the traditional fighter aircrew, adding a course to train weapons controllers in the F-15 Division. A passing of the torch to the current Weapons School occurred when the last F-4 class graduated in 1985, ending 20 years of F-4 weapons officer training. The Air Weapons Controller Division, later known as the Command and Control Operations (CCO) Division activated as a separate unit in 1987. The school gained a Fighter Intelligence Officers Course in 1988 which became the graduate patch-awarding Intelligence Division in 1990. The F-15E Strike EagleDivision became part of the school in 1991.

With the stand-up of Air Combat Command in 1992, the school embarked on a dramatic shift from its 43-year focus exclusively on fighter aviation, dropping the “fighter” from its title and becoming the “Air Force Weapons School.” The change was much more than symbolic with the activation of the B-52 and B-1 Divisions that year. Rescue helicopters joined the school with the HH-60 Division in 1995 while the F-111 retired. That year also saw the addition of RC-135 RIVET JOINT and EC-130 COMPASS CALL courses to the CCO Division. To increase the graduate-level understanding of space and air integration for operators, the school added the Space Division in 1996.

Top ten cool things about being in the US Air Force

The US Air Force has a lot of advantages in logistics, worldwide coverage, speed, missions and role types and this creates a creative insight into what is cool about being in the United States Air Force!

9. When the G-Forces pull back your face, you look and feel years younger!

8. One weekend a year, you get to take your jet home with you.

7. You’re looking at a guy with one million frequent flier miles.

USAF Pararescue is the first of the line of arcade style games for the United States Air Force beginning with the men and women of the air forces!  In Pararescue airman leap from their incredible CV-22 Osprey into the rice paddies of southeast Asia! Pararescue!

Don’t get caught! Ever! In the modern day it might be an Osprey that grabs you and takes you to safety. Now for a great military Osprey Game try your hand!

2. Whenever people ask where I’ve been, I can tell them “The Wild Blue Yonder“!

Top ten cool things about the US Air Force

Top ten cool things about the US Air Force

Top ten cool things about the US Air Force.  The US Air Force has a lot of advantages in logistics, worldwide coverage, speed, missions and role types and this creates a creative insight into what is cool about being in the United States Air Force!

9. When the G-Forces pull back your face, you look and feel years younger!

8. One weekend a year, you get to take your jet home with you.

7. You’re looking at a guy with one million frequent flier miles.

2. Whenever people ask where I’ve been, I can tell them “The Wild Blue Yonder”!

September 18th the US Congress Creates A New Military Branch and passes the National Security Act of 1947 effectively combining the US Army, US Navy and the newly formed US Air Force into the Department of Defensive.  Consequently, James Forrestal was confirmed as the first Secretary of Defensive.  At its core the USAF represented more than just warefare having a high emphasis on technology and science.

It started with the Aeronautical Division , US army Signal Corps in 1907. After decades of US air warfare development and grew, World War 2 launched American Air Power into the forefront.  The need for air defensive was imparitive at the dawning of the cold war and protection from the Soviet Union and escalating arms race. Today is the 67th Birthday of the USAF protecting our skies and keeping us safe.

Hollywood embraced the fear of attack by created a slew of B Horror Films targeted to the new Baby Boomers such as the Blob to the more recent Armageddon where the USAF saves the day! 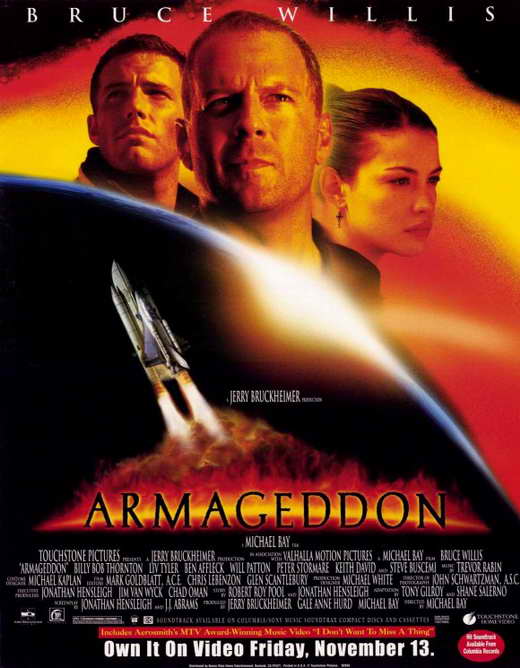 If you want to experience some of these themes download USAF:Operation Sentinel and play an airmen in the USAF dealing with Asteroids, Alien Invasion and more!

60’s hit ” I dream of Jeannie” centers around a US Air Force Astronaut that stumbles upon a magical bottle while on a space mission containing a beautiful Jeannie that is eternally indebted to him offers to help the Major through many USAF hi-jinks and slapstick with her unlimited wishes!