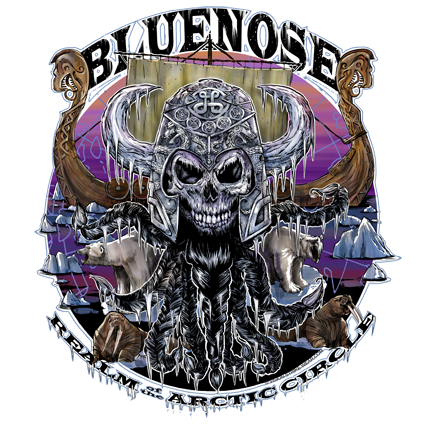 When the US Navy Bluenose Crossing the Arctic Circle is something that needs to be done it is no joke. Jutting ice, icebergs, terrorizing weather, surfacing submarines from under ice flows and much more. The oceans and seas of the world are already dangerous even under ideal conditions but throw in ice, dangerously low temperatures no assistance or help in a thousand miles from all directions and now you know what it is like to become part of the Order of the Bluenose.

All Sailors, wherever ye and whoever ye may be, Greetings.
Know all ye by these presents that Jack Tickler did on the 19 July 1971, appear in the northernmost reaches of my realm, bound for the dark and frosty wastes of the land of the midnight sun and did with our royal consent enter this dread region by crossing the arctic circle by virtue whereof i, neptunus rex, ruler of the raging main do hereby declare him to be a loyal and trusty salt-lined and brine-encrusted bluenose and do call upon all Icebergs, Sea Lions. Narwhals, Polar Bears, Whales, Mermaides and other creatures of the Frigid North to show him due deference and respect.
Disobey under pain of Our Royal Displeasure