Why Don’t Americans Wear the Liberty Cap? Learn to celebrate your independence from British Royalty and Banking tyranny by donning your “Liberty Cap”!  The identifiable symbol for many revolutions and was the key symbol in the US Army featured here.  It was prominently associated with rebellion.

Good ol’ St Nick is also known for sporting a Red Liberty Cap.  The Original Santa Claus comes from the Siberian Shamans that use the Amenita Muscaria, a Large red fat mushroom with white polka dots.  During these periods of winter the shaman would bring these magic mushrooms to the snowed in Scandanavians.  Cabin fever was easily abated with the visions of gum drops dancing in their heads. Its probable the French Revolutionaries got it from the American Revolutionaries who lead the revolt against the brutal military and banking tyranny of the British Empire and Vatican Hegemony.  In

1776, the Americans had had enough and in the ancient tradition of the Phyrgian Slaves donned Liberty Caps to represent the American Revolution with the British Royal Empire and The Holy Roman Empire!

This is a brimless, relaxed, cone shaped hat fitting the head.  Originally worn by the peoples of Phyrigia a region known as Anatolia in ancient history.  Today his region is called Asia Minor.  In 1593 Cesare Ripa wrote the book Iconologia recognizing these caps and there history.  The Phyrigian cap was worn by slaves of ancient Rome and Greece.  Later it was worn

for ceremonial purposes.  The cap also played a part in the ceremony of the manumission slave.  Its connection to Asia Minor is tenuous.  The understanding is that the Phyrgian slaves who when freed ould again wear their traditional head wear.  Whichever it may be, the Phrygian cap was adopted and symbolised liberty to the libertarians during the Enlightenment.  The “Phrygian cap” , French for “bonnet Phrygian“,  is generally displayed as a red cap, “bonnet rouge” or Liberty Cap, “bonnet de la Liberte“.

The Liberty Cap represents SOVEREIGNTY which means that nobody other than God is your RULER.  Sover (Super) in Latin means Above.  Reign is to Rule Over.  Or Above Rule.  Above any one else’s Ruler-ship or Monarchy.  In the American colonies the Liberty Cap was pervasive in promoting the the rebellion from Britain and birthing of a new nation under God and no other.  The Sons of Liberty in 1765 was the first annotation.  Later during the American Revolution some soldiers wore knitted red stocking caps with the occasional stitched words “LIBERTY” or “Liberty or Death” along the brim.  This style was imbued in the attire of “Jonathan” an allegorical figure of the New England tale.

Liberty Caps were generally atop a Liberty Pole during the American Revolutionary War as a symbol of Freedom.  Perhaps it was the “Dangling Carrot” ever chasing what is just out of our reach for it seems we have yet to achieve true Liberty from the evil doers of the British Royal Empire and their Banking Regime.  Many coins have the Liberty Cap positioned a loft a pole or hovering behind the head of Lady Liberty where the Limbic brain or the part of the Brain that processes the Care principle.  If we don’t care enough we will not stand up to the tyranny upon us!  On the right we also see it on the seal of the United States Senate supplanting the fasci in the center.  Very powerful symbology here.

A golden Liberty Cap appears on the seal of the State of New York the original capital of the United States of America.  The latin phrase beneath translates to “The Figure of Liberty Proper”.  Her hair is is unkempt and adorn with pearls, azure gown, sandals, cincture around the waist, fringed gules, a mantle of the last depending from the shoulders behind the feet, the dexter hand a staff adorned by a Phrygian Cap Or, a sinister arm holding and supporting the shield of the dexter chief point, a Royal Crown by her sinister foot rejected.

A Liberty Cap also appears on the state flags of New Jersey and West Virginia.  It is predominant on the US Army Seal!  Also painted on many murals within the US Capital in Washington D.C. like the Apotheosis of George Washington and artifacts with the same for Benjamin Franklin.

Life, Liberty And Pursuit Of All Who Threaten It Shirt

The figure here is detailed in the painting “Telegraph” in the US Senate by Constantine Brumidi personifying America wearing a Liberty Cap.  However the Liberty Cap is commonly associated with the revolution of the Americas from Great Britain it not shown worn.  Its either an isolated symbol or on top of a Liberty Pole or shaft.  The one here shows it colored as an American Flag.  Another shows it on a pole crossing a fasces.  This design is from an envelope during the American Civil War.  It was to be featured in the painting in the US Capital authorized in 1855 called the ‘Freedom triumphant in War and Peace” but was rejected by Jefferson Davis , then the Secretary of War, and demanded a Roman helmet be used in its place.

[Tweet “Liberty Caps FREE this 4th of July at Vision-Strike-Wear!”]

The Liberty Caps around the world

During the American Revolution the only European country to aid was France.  The Liberty Cap was also used by the French Revolution that lead to teh beheading of the Royals!  I guess someone wanted some heads to roll;)  The French Revolutionary Army donned the Liberty Cap as seen here in this illustration of a Marienne.  It was documented in 1789 but hte cap became popular in the Spring of 1790.  It was worn by the Liberty Goddesses and Nation prior and became a part of the uniform of the sans-culottes.  King Louis XVI, on June 20th 1792, donned a Liberty Cap when pressed by a large crowd that had stormed the palace of Tuileries. Later the Liberty Cap was placed on the mitre of the fleeing Archbishop of Paris.

By 1793, members of the Assemblies of Paris were obligated to wear a Liberty Cap and accepted it as a national symbol placing it on the French Seal of the State of the Republic and to replace the Fleur-di-lis on milestones. The cap was definitely considered an important icon.  Here is a postcard with a large red Liberty Cap portrayed.  It is identified with more extreme revolutionaries and as been subdued during periods of stability when the French Government discouraged any uprising or disturbing the apple cart.  Under the Consulate regime the capped Liberty was replaced by a less provoking Minerva helmet as well as ALL public monuments.  Take a clue!

Pictured here is a painting called “La Liberte guidant le peuple” – Liberty Guiding the People, by Eugene Delacroix and is currently hanging in the Louvre in Paris.  Here Lady Liberty is brandishing the French tricolore Flag and wearing a red Phrygian Liberty Cap.  Inspired by the insurrection of July 1830 in Paris ending the last king of France, Charles X, forcing him to abdicate and was replaced with the “King of the French” Louis-Phillippe.

During the 2nd Republic, rebellions caused the provisory government to add a Liberty Cap on the white stripe of the French tricolore Flag in February 1848.  Then the cap disappeared again from the flag and the seal then was reestablished as a national symbol during the 3rd Republic.

The liberty cap continues to be worn by Marianne, the female illustration of the French Republic; however solely generally. Her bust, that adorns town halls of France, generally sports a rather less revolutionary jeweled headdress. She wears a awfully discreet cap on the new French brand shown higher than.

A cap is visible on the 1989 one hundred monetary unit coin shown on the proper. till 2002 the cap appeared, in conjunction with the Cross of French region, on the brand of a rightist French organisation referred to as Rassemblement pour la République (RPR), the neo-Gaullist party of Jacques Chirac. the brand isn’t any longer used, maybe attributable to the pardonable tendency to ascertain it as as a unshapely parrot. (The parot’s “eye” is truly a blue, white and red decoration.)

Elsewhere, the Liberty cap was incorporated into the image of the late eighteenth century Irish revolutionary movement called the Society of the United Irishmen. It additionally carried over to occupant revolutions of the decennium. The cap appeared on Mexican coins through the late nineteenth century into the middle twentieth century (including the previous eight Reales coin). Today, it’s featured of the coats of arms, national flags or seals of Central American country, Central American country, Colombia, Republic of Paraguay and Cuba. In Argentina it seems not solely on the national arms and flag, however additionally those of the military and navy, on presidential flags and therefore the flags of provinces together with Corrientes, Jujuy, Mendoza and urban center. As within the US, the cap invariably appears to feature on high of a stick, instead of people’s heads.

The Phrygian Cap before it became a Liberty Cap

Before the Phrygian cap came to symbolise freedom or revolutionary fervour, it had another message within the west. it had been an emblem related to the east. so it appears to own been worn by arange of peoples within the Balkans and peninsula. Macedonian, Thracian, and Dacian military helmets all had forward inform tiptop maybe mimicking Phrygian caps.

The Phrygian cap may be seen on Trajan’s Column, worn by the Dacians, and on the Arch of Septimius Severus, worn by the Parthians. Roman poets routinely used the term “Phrygian” to mean Trojan. In Greek art, the Phrygian cap served to spot Paris as a Trojan – and then positively not a correct Greek. The mosaic on the correct shows mythical being sporting a Phrygian hat. The cap additionally seems on murals in an exceedingly fourth century Thracian topographic point at Kazanlak in fashionable Bulgaria.

The Phrygian cap was worn by the god Mithras – shown on the correct. He was a Saviour god within the adherent Persian tradition supported the Zoroastrian faith.Mithras was a forerunner of the Saviour-god Hebrew United Nations agency borrowed Mithras’s halo, his birthday and his temple on the Vatican Hill in Rome, however not his Phrygian hat. identical headgear conjointly options on the heads of the 3 Magi in previous depictions of them – marking them as being from the east, like this depiction (above left) from a church in pitched battle. The name Magi denotes Zoroastrian clergymen from Persia.

Liberty Cap is a granite dome in Yosemite parkland, California, USA that lies at the northwestern margin of the Yosemite park. It lies adjacent, to the north of American State Fall,  on the naturalist path. It rises 1,700 feet (520 m) feet from the bottom of American state Fall to a peak elevation of 7,080 ft (2,158 m). A smaller, mesa-like dome referred to as Mount Broderick stands forthwith adjacent to cap. 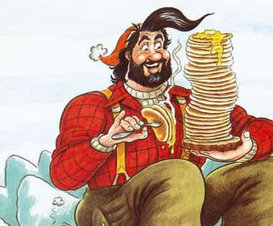 FREE Liberty Caps Made in America at Vision-Strike-Wear.com

Help Vision-Strike-Wear.com fight tyranny this July by supporting the 50 states with American Made Products and get a FREE Liberty Cap with every order over $50!

Liberty Caps are entirely Made in America including designed, fabric, weave, embroidery, digitizing, shipping and handling!

Get your Liberty Cap now!